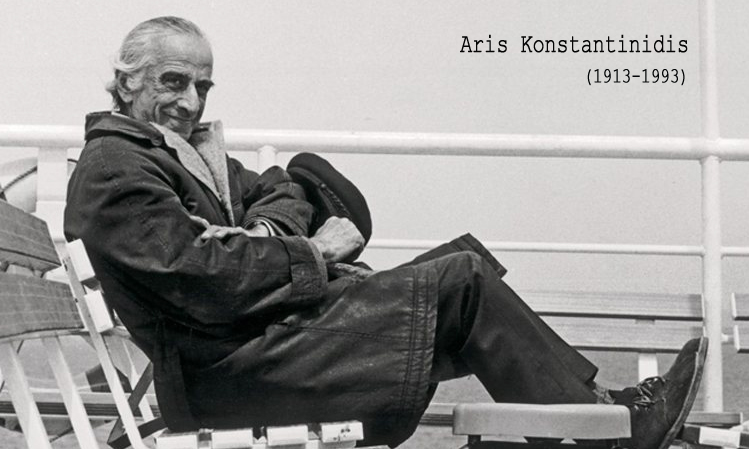 1950: the most critical years for the formation of the architectural image of Athens ever since the year of its declaration as capital of Greece. In these years, one and a half million people left the country and came to live in Athens. This is the era of the spectacular development of the new urban house, a monster based on concrete and on horizontal building.

In contrast with this “architecture” a small number of architects who had a deep love and respect for the history of greek country’s architecture and were assisted by numerous anonymous craftsmen produced examples of an invaluable housing concept (habitations, houses for farmers, hotels, weekend houses) with individual features.

The name of the pioneer architect, Aris Konstantinidis is included to this group of architects. He is the first greek “realist”. His studies are always based on the complete exploitation of the environment and their purpose is the presentation of an environmental form internally and externally affected to a minimal extent and including the building.

These years Greece is being reorganised because of the war’s disasters and in order to be developed economically, the Hellenic Organisation of Tourism, builds a series of hotels, called Xenia. Chief of the organization has been Konstantinidis since 1958. All Xenia Hotels have been located in the best point of each place in terms of sight, right orientation , accessibility and terrain , making landmarks for every building site. The integration into the landscape and the climate, the exemplary adjustment of spaces , and the relation of indoor and outdoor space, make them greek architectural standards. The identification of operating grid with the building grid, the organization of the rooms in wings , the standardization of the room and the bearing structure of reinforced concrete , allowing standardization of the construction and leading to an economic construction are common characteristics of all Xenia Hotels. Xenia Hotel in Andros is the most well known of this series of hotels and it is proclaimed as preserved architectural heritage. 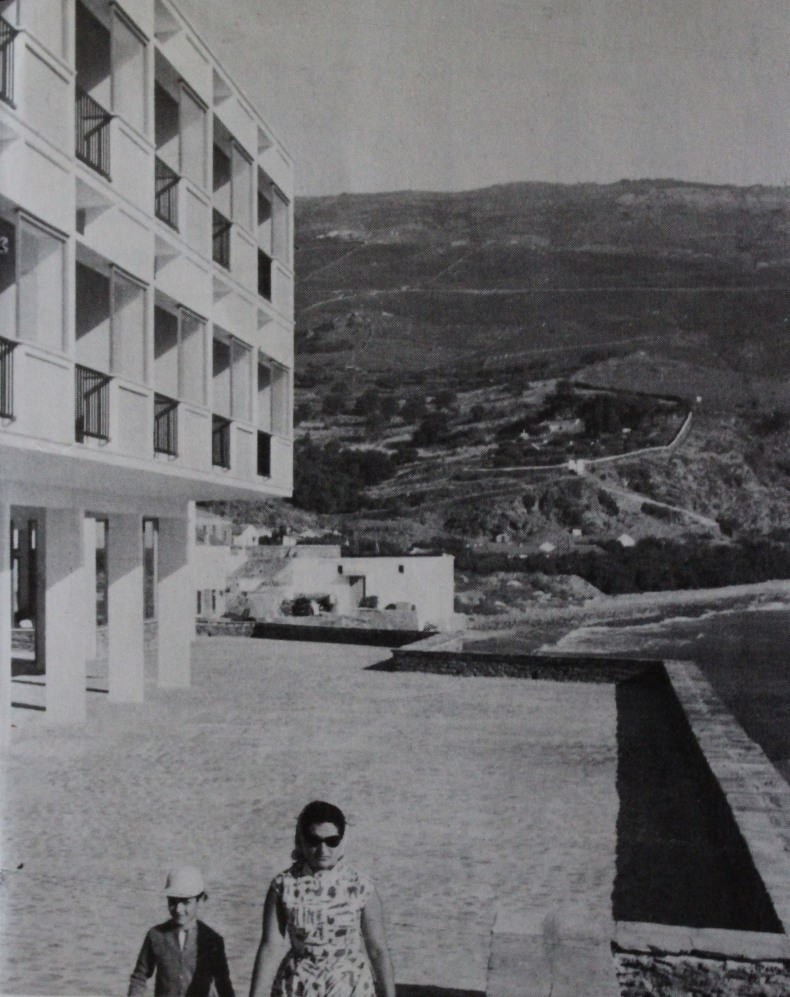 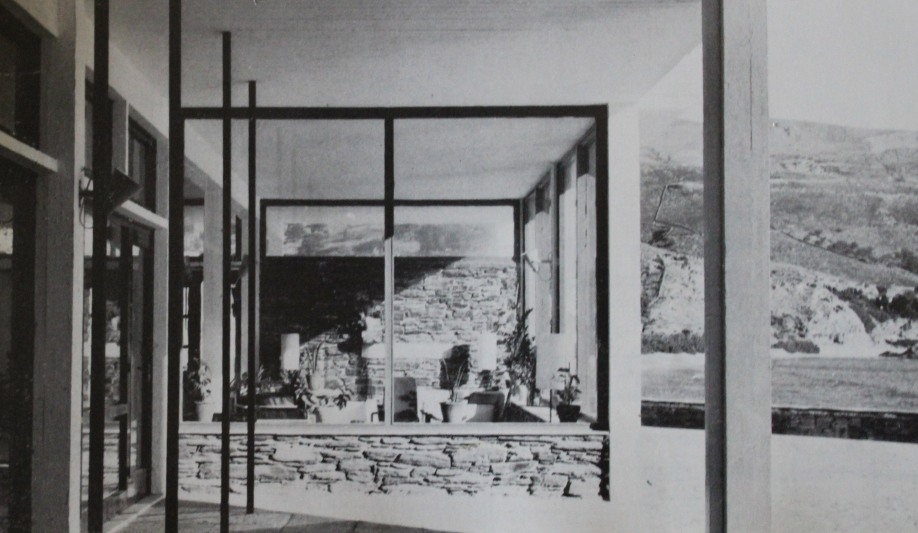 With the tourism development there is also a tendency of the high income’s families for building a second residence in order to “taste” the country being isolated. Opposite to this state of weekend houses comes the House in Anavyssos (1962), designed by Konstantinidis for the military K. Papapanayotou, and known for its spirituality and its materiality which lead to its economic cost.

The house is built a few meters from the sea, on a small rocky promontory. In this project Konstantinidis combines modern spirit with the ancient tradition of the country, creating a sober building a structure that integrates the landscape as if it had always been in place. To design this house, uses the criteria of proportionality and functionality that have been followed and respected since time immemorial by anonymous builders who made the unique and special landscape of Greece. It is a home that meets the minimum basic needs of its inhabitants. Its rectangular plan is organized on a grid of 2x5m indoor space including a living room with fireplace, a bedroom, a bathroom and a kitchen are located. All floor opens to a covered porch (semi-outdoor), then flat concrete slab roof serving housing and abroad rests on 6 rectangular stone pillars. The terrace creates another space as «L», of 2x3m, surrounding the house by the west and northwest sides. The house has another small terrace on the angle between the three rooms. The configuration of the facades is simple as Konstantinidis is using as his main materials exposed concrete for the flat roof with inverted beams and local stone for the walls. The interior furnishing has been reduced to the bare minimum. 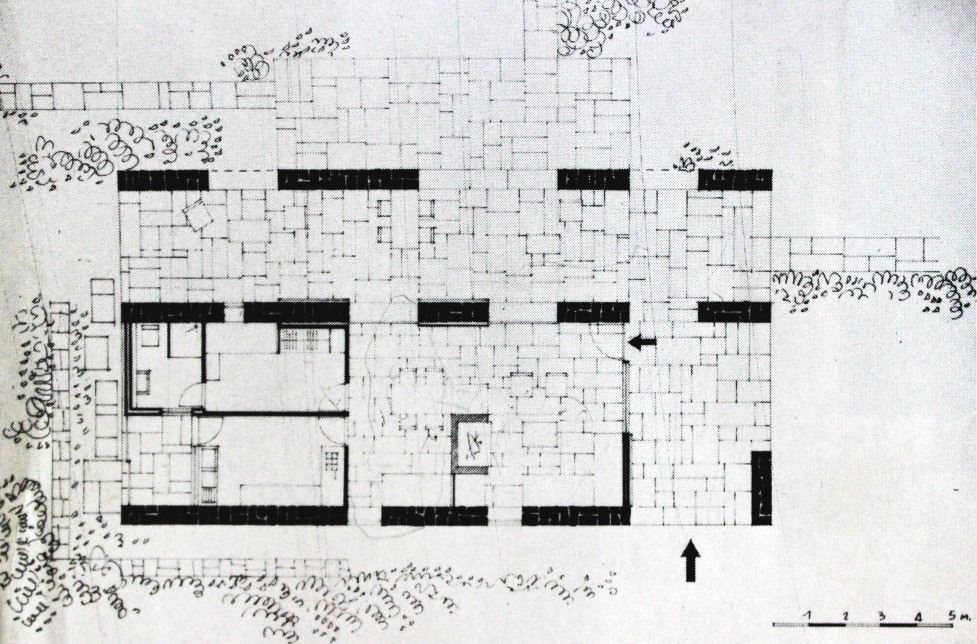 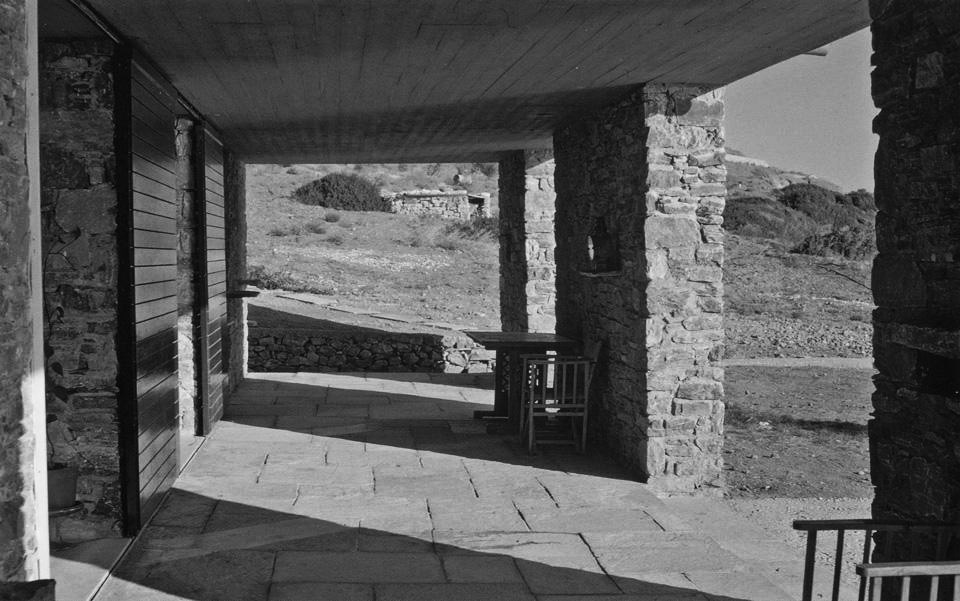 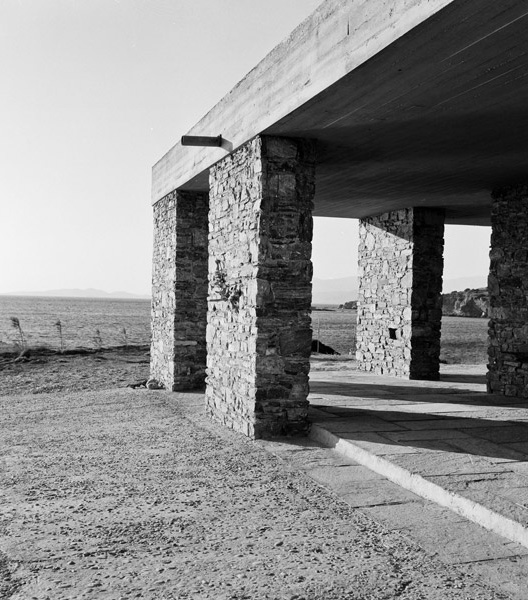