At the beginning of 60’s and already from the end of 50’s, Athens is growing rapidly by following the standards of a European capital and architecture is a key element of progress and modernization. Through architectural competitions, organized by the state, a multitude of remarkable building complexes created with a main cultural direction. Within this boom in 1961, State announces an urban planning competition for the development of a Cultural Centre for Athens. The proposal that won the first price was submitted by the architect Ioannis Despotopoulos. He was a theoretical scholar and through his studies also in Bauhaus, he experienced the era of the modern movement from the cradle, as he deepened the social basis of urban planning and architecture.

For this competition Despotopoulos propose an ideal center for a city “chaos”. The center of the center, that aspired to host the whole range of the city’s cultural conventions. 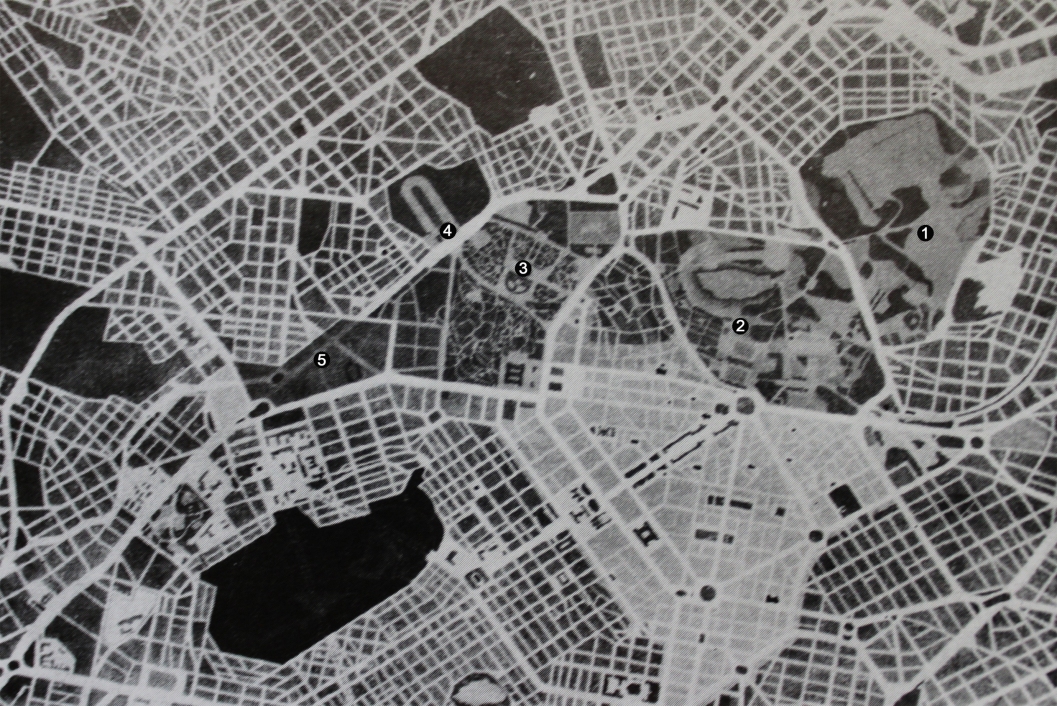 The plot of land that he had to work on was almost triangular and adjoined two of the main avenues of the capital (Vasilissis Sofias Avenue ,Vasileos Konstantinou Avenue) and two smaller streets. It is about a pure geometrical configuration of the space by the architect, who uses volumes of basic solid shapes to create the composition, which is characterized by classic simplicity. Functions are formed to include among others the state theater, a concert building, outdoor theater, library, gallery, state academy of music and a square “looking” to Vasilissis Sofias Avenue.

The radical modernism as expressed through Despotopoulo’s proposal raised many reactions from the architectural society of that period with concerns especially about the strictness and rigidity of his design, about his courage and boldness not to keep anything of what is already exist in his “canvas” (he propose to relocate the Byzantine Museum) and generally about his strong intervention in the urban tissue.

The lack of funding along with the reactions led to the completion of only one building at the base of this contest and this was the Music Academy, maybe the most bold and powerful of all, deprived of the rest of the complex that would surround it. The building, situated on the junction of Vasileos Konstantinou Anenue and Rizari Street was constructed at the early 70’s and is placed dynamically obliquely, not in a parallel way with the axis of the avenue as all the others were.

The volume and proportions of the stretched length did stand out and cause reactions, especially by those who rush to form an impression. With little care one can easily observe that the concept of the elongated building as popularized by constructivism has here been replaced with the concept of the ancient portico. A strong Greek element that for some seems to be “chatter” because of its dimensions, but the same time some others can be captivated by its strict rhythm and meter, its pure harmony while this static tension is interrupted by patios. It is also let the light penetrate with its own way stimulating the shadows and light contrast of the rhythm of the colonnade, in conjunction with the “clear” white marble that covers the floor the columns and the staircases as well.

From seemingly cold and hard from distance turns into fully accessible and familiar when someone experiences it.

This building all these years gained ambiguous critiques. It is one of the few that led some to deprecate it and some others to deify it. 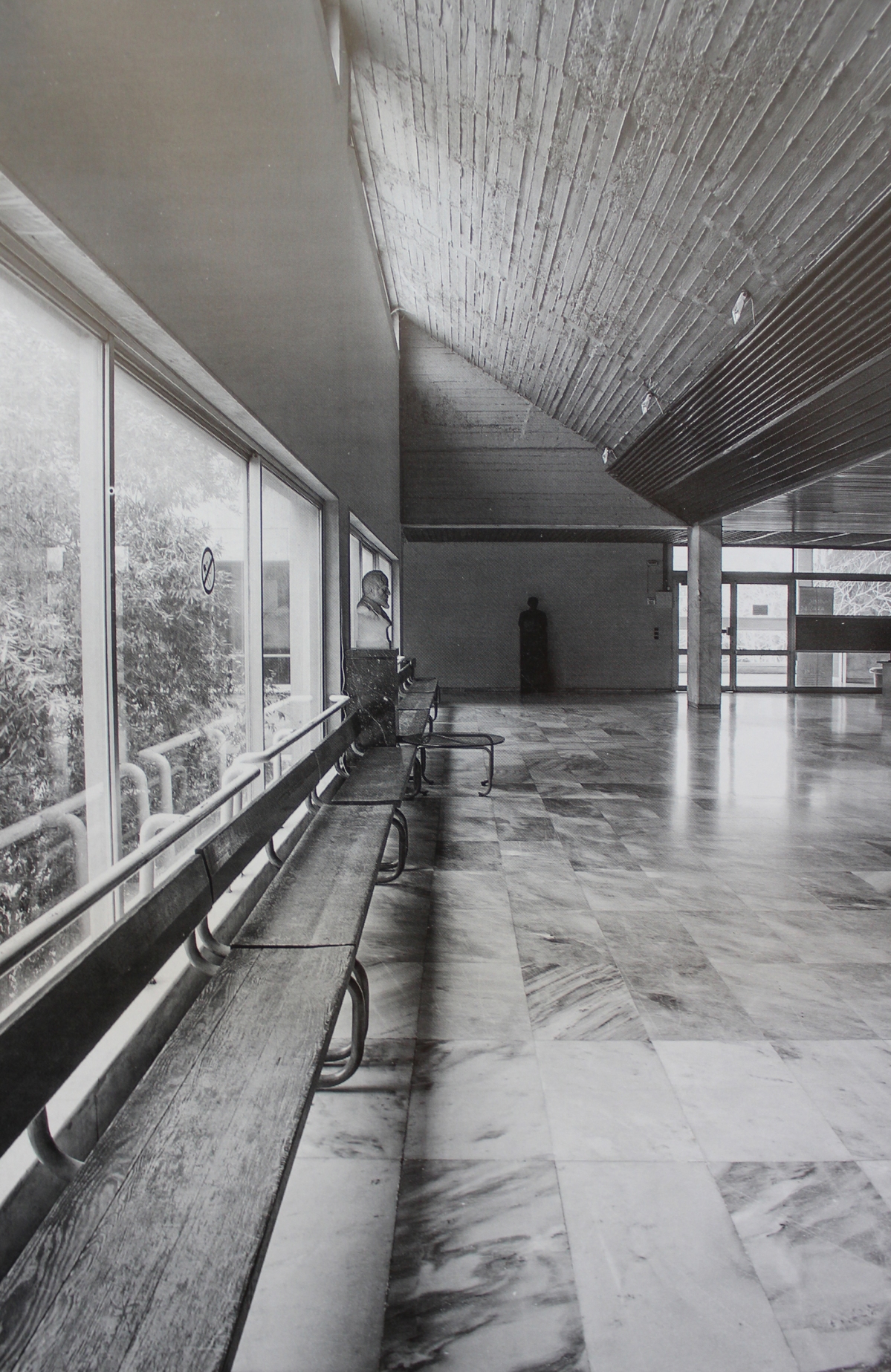